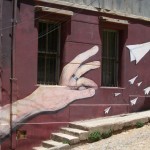 New forms of governance, conditional approaches to public service access, and initiatives to engage citizens in taking on new responsibilities are being developed in the context of the scaling down of the welfare state. The extent to which collaboration and multidirectional accountability can be developed between the state and citizens. These quasi-legal agreements, operationalised at the local level, involve citizens and service providers cooperating in tackling social problems through agreed responsibilities and behaviour. Findings from interviews and focus group research suggest that Community Contracts represent an innovation in governance. Citizens are given a voice and there are new pathways for effective service delivery and accountability; conditionality applies to citizens and service providers. However, although there was evidence of increased service accountability, the impact on civic responsibility and conditionality beyond already active citizens and beyond certain issues was less apparent. Although citizens and service providers were ready to take on new roles, the legal status of the contract was only loosely defined. Challenges remain concerning how contract-based approaches can be fully realised in practice.

Full Article can be Downloaded Here