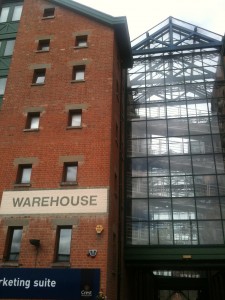 If the public purse is being squeezed we should start thinking about whether private resources should be used to fund public goods and services. When we start to ‘follow the money’ the fuzzy boundaries of public and private begin to emerge. With the rollout of the Community Infrastructure Levy (CIL) administered by local authorities, this question raises serious concerns as to whether a flat levy according to the square metre size of development is the way to fund external costs – such as to meet increased infrastructure pressure, community space, and affordable housing provision. Private development contributions to pay for public goods and services have previously been in the realm of planning gain – largely through planning obligations such as Section 106 agreements in England, or say impact fees in the United States.

At its heart, is firstly whether the impact of development should be paid for by the public, and how can we be certain that those that are benefitting from the development are paying their fair share (the benefit principle). Also, how can we join the dots of connectivity with respect to a development’s impact and a new demand for public services such as health care, utilities, education, nurseries etc (to use professional jargon – is there a ‘rational nexus’?). Counter claims are prevalent with respect to ‘cheque book planning’ and yet another tax on the property industry that is dis-incentivising economic growth. Plus it can easily be argued that the planning system is trying to take some of the spoils with little effort, particularly  if land and property is appreciating in value in those areas and regions still prospering in a geographically unbalanced economy – this could be despite few additional sites of development being built out. Is it local betterment or general betterment that is being levied in this instance?

The loss of negotiation at the implementation stage of the development is significant in moving from S106 to CIL – developers and planners will no longer have dialogue as to the ‘give and take’ of schemes, and as a result put up more walls when viewing planners as antagonistic to ANY development. For the moment both systems will operate in tandem, but as S106 agreements that include provision of affordable housing (below market value) are phased out, a narrower view of community infrastructure by CIL (that does not include affordable housing) will arguably provide vulnerable people with less housing options at the lower end of the market curve. Then again, should it be the market that should step in to provide community infrastructure needs? In the age of localism shouldn’t we allow residents to determine what they have in the way of community infrastructure if they approve development in their own back yard? This is doubtful in terms of having strategic and material resources for many local areas – plus the reason these type of goods and services are funded by the collective are because they are enjoyed in a collective manor and don’t exclude on the basis of price or have realistic competitors.